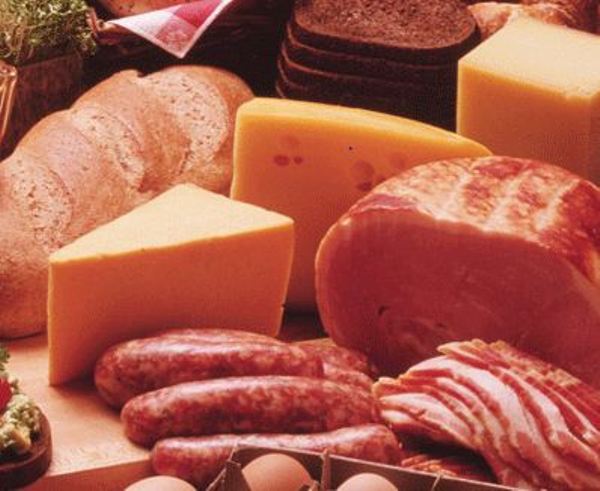 A lot of reports from researches has it that the brain is the most complex part of our body. It only weighs 3-4 pounds but it is composed of neurons that controls our sensations, movements and thoughts, thus making it way too important than we thought it is. That is why we should take good care of our brain because some of your food choices could actually affect your memory and cognitive abilities.
Here are 10 foods you might have to avoid to have healthier brain.
1. Saturated Fat
Researchers at the University of Montreal found that rat diets high in saturated fat (when 50 percent of all calories come from an unhealthy fat, like palm oil or butter) impaired the functioning of their brain’s mesolimbic dopamine system — the part that controls motivation and well-being, and is often implicated in mood disorders, drug addiction, and overeating.
NOTE: Saturated fat is a type of fat in food. Due to its chemical structure, it is usually hard at room temperature. Saturated is found in significant amounts in animal foods, such as the visible fat on meat and chicken, butter, cream and full fat dairy products, and in plant foods like palm and coconut oil.
2. Added Sugar:
Sugar-sweetened beverages such as sodas, energy drinks, and sports drinks are by far the biggest sources of added sugar in the average American’s diet. They account for more than one-third of the added sugar we consume as a nation. Other important sources include cookies, cakes, pastries, and similar treats; fruit drinks; ice cream, frozen yogurt and the like; candy; and ready-to-eat cereals.
3. Trans Fats:
The stuff could hurt your memory, as consuming more trans fat has been associated with difficulty remembering words.
Trans fat is a type of unsaturated fat that behaves like a saturated fat because of its chemical structure. It increases our risk of heart disease by increasing the “bad” LDL cholesterol, while also lowering the “good” HDL cholesterol in our blood.

4. Tuna:
It’s quick, it’s easy, and it’s packed with protein for a post-workout meal. But your favourite fish could be impairing your mind. According to a study from the journal Integrative Medicine, people who eat more than three servings of species of fish that are high on the food chain — like tuna, grouper, snapper, bass, swordfish, and shark — each week (or more than four servings per month) are at risk for cognitive dysfunction. The culprit? High levels of mercury.

A tuna is a saltwater fin fish that belongs to the tribe Thunnini, a sub-grouping of the mackerel family – which together with the tunas, also includes the bonitos, mackerels, and Spanish mackerels
5. Tofu:
The soy controversy continues with a study that found an association between high tofu intake and an increased risk of cognitive impairment and memory loss, as researchers speculate that tofu’s phytoestrogens might affect brain function.

Tofu, also known as bean curd, is a food made by coagulating soy milk and then pressing the resulting curds into soft white blocks. It is a component in East Asian and Southeast Asian cuisines
6. Food Containing High Sodium:
While the debate about its effects on blood pressure and cardiovascular disease rages on, a study found that high levels of sodium intake paired with low levels of physical activity had a negative impact on cognitive abilities. People with lower sodium intake paired with lower physical activity levels showed slower cognitive decline than participants with high sodium levels and low physical activity. Happily, this is a reversible curse: regular exercise can counteract sodium’s negative effects on the brain, as well as the cardiovascular system.
7. Fructose (HFCS):
According to researchers, too much fructose intake can hamper how brain cells use and store the energy required to process thoughts and learning. They said that high fructose alters the brain’s ability to learn and remember information. It slows down the brain and memory functions.

9. Salt:
A high salt intake particularly table salt can cause cellular activation to be hyper-tonic, which can be a good thing but in excess over time your body’s ability to relax and have proper fluid balance and nerve transmission will be down regulated as a protective measure in the body.

10. Fast Food:
Fast food chains are known to be very convenient especially in the cities where we reside and work, because they are existing just along the corner. However, eating too much fast food has many disadvantages to your health. Fast foods, such as French fries and burgers, are high in trans-fat, saturated fat, sodium, sugar, etc.

People who eat fast foods more than four times a week can risk a greater chance of having a heart disease because of in-taking too much saturated and trans fat found in fast foods. Moreover, it can also cause stress and worse, brain drain.

KIDNEY HEALTH: All You Need To Know About Kidney Failure – Causes, Symptoms and Treatments

Toothpaste Pregnancy Test: How To Check If You’re Pregnant [Very Cheap and Fast]