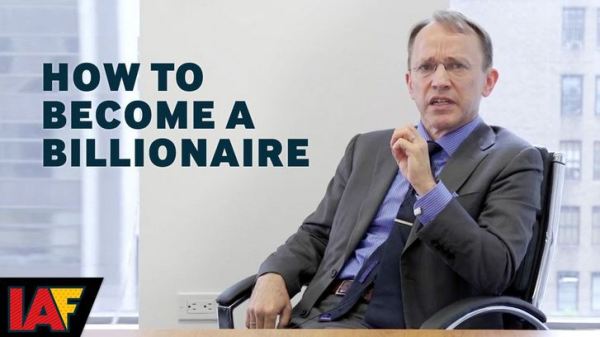 This post will guide you on How You Can Become a Billionaire overnight and i will be using Nigeria as a case study.
With more than 50 years of independent national existence, Nigeria is a country reeking with “new money.” The overwhelming proportion of the millionaires and billionaires in the country are “nouveau-riche”, they became rich literally “overnight.”
We are talking of people whose wealth does not go beyond a generation. Indeed, the fantastic wealth of Nigerian billionaires like Femi Otedola scarcely goes beyond ten/fifteen years. Not only does Nigeria’s wealthy few have a short history, they often have a short future as well. The money comes “miraculously” and goes just as “miraculously.”
When I was growing up, S.B. Bakare was the celebrated Nigerian tycoon. Highlife stars and juju musicians eulogised him in their records. But ask a young Nigerian today who S.B. Bakare is, and I can bet my bottom dollar he has never heard of him. S.B. has fallen off the radar and so has his wealth. It is not identifiable by any major industry or enterprise. His descendants may still be in litigation over the dregs of his estate, but undoubtedly it is nothing to write home about again. Certainly, nobody is singing about S.B. Bakare today. There are now new pretenders to his throne.

Time was when wealthy Nigerians built something, developed something, or made something. At that time, the rich were truly captains of industry. Alhaji Sanusi Dantata made his fortune in the era of the groundnut pyramids in the North; buying and shipping them for export.
Sir Odumegwu Ojukwu had Nigeria’s largest fleet of inter-city “mammy-wagons.” He also imported “panla” (dried fish) on a large scale. Sir Mobolaji Bank-Anthony had a tanker fleet and a pioneering charter airline. Emmanuel Akwiwu, hauled oil-rigs and supplies for British Petroleum. Chief Timothy Adeola Odutola produced bicycle tires for the growing army of Nigerian bike-riders. But thanks to oil, much of Nigerian wealth is no longer the product of such ventures. Yes, we have billionaires like Ibrahim Dasuki and Mike Adenuga who can still be rightfully described as highly enterprising. But even more significantly, we have tycoons who came into wealth through “wuru-wuru” and “mago-mago.” These men are hardly Nigeria’s Bill Gates.
On the contrary, they don’t have a clue what to do with their dubious wealth, and they are ignorant about wealth-creation. As such, they add little of value to the Nigerian project. Their praises may be sung today by their horde of parasitical hangers-on, but they will not be remembered for good when they are gone. As mysteriously as their wealth materialised, so will it vanish.
These men became rich through some of the following tried and tested methods, which can be relied upon to lead to one’s inclusion in the Nigerian Book of Irrelevant Rich Men. If you want to get rich quick, here is the Nigerian blueprint. But please, don’t tell anyone I “wiki-leaked” these highly-classified national secrets to you.

Steps on How To Become an Overnight Billionaire [The Working Ways]

This strategy has gone through some transition. Bank-robbers used to be men of the underworld who held banks hostage at gunpoint and then made off with the cash. However, it was soon recognized that this approach has distinct disadvantages. You might get arrested and jailed. Even worse, you might get shot. It also became apparent that banks carry limited amounts of cash. Therefore, a successful bank robbery of this violent kind might only land you perhaps 50 million naira tops, which is not even enough to buy or build a house in Banana Island.
There is a better way to rob a bank with far limited risk. Simply establish a bank. When you establish a bank, you can rob the bank every day without a gun. When people deposit money in your bank, they don’t know that they are handing over their life-savings to a thief. You then rob the bank you establish in a number of imaginative ways.
For example, you can lend money to your bank and then charge it a very high interest-rate. Better still, you can borrow billions from your bank and simply forget to pay it back. Or, you can use the money deposited in your bank to buy houses and then rent them out as branches to your bank at exorbitant prices.
This approach is guaranteed to make you a few billion naira until the EFCC policemen come calling. When they do, you can quickly fall sick, spend a few months in Deluxe Hospital Hotel and then relocate to your village to enjoy your wealth, never to be heard of again.

Join the PDP or other ruling political parties.

This one is a sure banker. As a member of the greatest party in the history of Africa, you will be given a credit-card to spend Nigeria’s oil wealth. If you are not getting enough attention in the party, make a lot of noise. Abuse Tinubu on the pages of the newspapers and call Buhari an idiot. Insist that Buhari should not only run for re-election unopposed in 2019, there should be a constitutional amendment to make him a life-president. This is a tell-tale sign that you are hungry; and the powers-that-be will soon invite you to “come and chop.” As a distinguished member of this great party, the opportunities open for you to set yourself up for life are considerable.

For example, you can start collecting billions for petroleum subsidy and simply not import any petrol whatsoever. You can get the government to change all car license-plates nationwide; and then become the sole supplier of the new license-plates.

You can ask the president to make you the sole importer and distributor of diesel for the entire country. Of course, this might also entail that you become the chairman of his re-election campaign, to which you duly make a handsome contribution.

Alternatively, you can ask to be chairman of the Nigerian Ports Authority. Nobody will bat an eyelid when, within a matter of months, you have a fleet of cars, have two or three houses in Asokoro, and own four hotels in Dubai. You may even kick out your wife and marry a fourteen-year-old “Suzie” befitting your new status. You have arrived as one of Nigeria’s celebrated rich men. But keep your eyes on the ball. Don’t get distracted or carried away. The enemies of Mr. President must always remain your enemies.

This one is pure genius. Peradventure you lose your job or fall on hard times. Don’t go into depression. Just start a church. Make it a purpose-built church. Think of something that men need. Tell them you have the anointing to provide it. Tell them whoever wants to be a billionaire should come to your church.

Start a few of your messages with “Thus says the Lord.” Then teach your congregation the everlasting principles of sowing and reaping.

Make sure they understand that if they really want God to bless them financially, they first have to give you as much money as possible. Create a special prayer group for millionaires and billionaires.

That way, if they get any new government contract they will attribute it to the efficacy of your prayers and credit something big into your bank account. Tell everybody to give you their “first-fruits.” That is a code word for their entire January salaries. Then come up with imaginative offerings to collect, such as “prophet’s offering,” (you, of course, being the prophet); “Father, Son and Holy Ghost offerings;” “Jesus will do it offering.”

Very soon, you will be flying your own private jet to preach your gospel in Ilesha; you will be wearing white Armani suits and jerry-curling your hair; you will be collecting gate-fees for new years’ eve services; billionaire thieves and robbers will be queuing up to see your private-secretary on the Lagos-Ibadan expressway.

In short, you will be living large. For good measure, you will also be slapping demons out of poor bewitched damsels with impunity.

There is high demand for this job. There are many politicians and men of timber and caliber looking for mules; men who can keep stolen money for them, or smuggle it to safe havens abroad.

This is a highly lucrative job because for every ten billion naira you smuggle, you can pocket one billion. Don’t get greedy and come to the conclusion that you can make off with the entire loot. That is a sure way to have assassins on your tail. Before they kill you, they will first break your legs. If you are caught while smuggling money abroad, you can easily escape and come back home dressed as a woman. Then you can get a national merit award.

If you are a mule for a president or a governor, you are set up for life. You will get 24 hours military protection so that no petty thief can come near you. You will get to travel all over the world. You will get free medical check-ups, so that you don’t just fall down one day and die.

That would be disastrous, especially if your sponsor does not know exactly where you kept his loot, or if he does not have the password to the secret account you opened for it in the Bahamas in the name of Ali Baba.

(N.B: If you have perfected other approaches to quick wealth than these, don’t hesitate to let me know by leaving your comments in the comment box. I promise to keep the matter strictly confidential.)

How To Make Money By Investing In Treasury Bills